Select Us
Our Staff 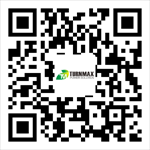 Apple's new product launch will arrive after 10, and it will hurt for 1 second.

Classification:
Industry News
Release time：
2018/10/23 20:42
Page view
[Abstract]:
For many users who are looking forward to the iPhone XR, today is an exciting day, as 15:01 pm officially began booking.

For many users who are looking forward to the iPhone XR, today is an exciting day, as 15:01 pm officially began booking.

But for the fruit powder, another surprise followed. Apple unexpectedly released an invitation to announce a new product launch at the Brooklyn Academy of Music in New York on the East Coast of the United States at 22 pm Beijing time on October 30.

Apple’s slogan on the invitation was “There's more in the making”, and the Chinese version was “wonderful group, waiting in the field”.

I can't see anything by these few sentences, but since all fonts are handwritten, it's very likely to be related to the stylus.

The picture is more mysterious, a variety of very abstract colorful Apple LOGO styling, quite artistic, the official page refresh will change a shape.

As for the protagonist of this conference, it is likely that the current situation is the new iPad Pro.

In fact, before the new iPhone launch conference last month, it has been repeatedly exposed, it is time to debut.

According to rumors, Apple will release two new iPad Pros this year, with four-sided design and no bangs.

However, the screen size is different, some are still 10.5 inches, not to use the Home key and fingerprint recognition instead of Face ID face recognition, the size of the whole machine is reduced, and some also said that as the screen ratio increases, the screen will zoom in. To 11 inches.

In addition, the thickness of the fuselage is said to shrink to 5.9 mm, it is estimated that it will not be equipped with a 3.5 mm headphone jack, and the inside is expected to be equipped with an A12X processor, and the performance will climb to new heights.

According to Mac Otakara, Apple's iPad Pro released this fall will be equipped with a USB-C interface.

At the same time, in iOS 12.1 Beta, there are features of the iPad Pro that can be connected to a 4K display, and further proof that USB-C will appear.

This report also confirmed that the previous statement about Apple's cancellation of the 3.5mm headphone jack and the iPad Pro's thinner machine and higher screen ratio is still accurate. The 10.5-inch measurements are roughly 247.5 x 178.7 x 6, 12.9 inches is roughly 280. x 215 x 6.4.

MySmartPrice rendered a look and feel of a new 12.9-inch iPad Pro based on OnLeaks's breaking news. This is not an official rendered video and is for reference only.

In addition to the iPad Pro body update, iPad Pro accessories rumors have not changed. Due to the new design of the body, the SmartKeyboard's adsorption position seems to have changed, and new contacts may be placed on the bottom of the iPad Pro instead of the side.

In addition, news from Macworld said that Apple will release the second generation of Apple Pencil, may add a magnetic accessory like a pen clip, which allows Apple Pencil to be more firmly attached to the iPad.

It is worth mentioning that there is also news that Apple Pencil will join the W1 chip like AirPods, which can seamlessly switch between multiple devices.

Speculation from the Patently apple claims that the new Apple Pencil may be able to operate independently of the iPad Pro. Apple has applied for a patent that maps Apple Pencil's actions to nearby MacBooks or iMacs, and even 3D modeling.

It is foreseeable that the new iPad Pro will not be disappointing. Of course, the price is likely to rise further.

Since the beginning of the year, news about the cheap Macbook has been heard. Taken together, these characteristics:

Referring to productivity, Apple has recently introduced the PS and PR of the Adobe family into the mobile market. If there is no guess, Apple wants to turn its flagship products into professional productivity tools, especially the iPad product line. And all devices are connected as seamlessly as possible, making the future foreseeable office environment smarter and more efficient.